"Taking in four countries, this tour takes in the gorgeous scenery of the Danube. The on-board guide provides really useful insight into the cycle route and with two rest days, there is time to explore Vienna, Bratislava and Budapest at your own pace."

Breathtaking castles and stunning palaces in the Wachau region

Cycle beside the blue waters of the Danube River as it passes through Germany, Austria, Slovakia and Hungary. Sleeping on a traditional riverboat, you’ll cruise to new stretches of river overnight, waking up to some of the Danube’s most striking scenery and spectacular cities, including the musical landmarks of Vienna, the cobbled streets of Bratislava, and the romantic buildings of Budapest. Look forward to untouched forests, dramatic river bends and pristine islands, stopping off in idyllic villages and cosy taverns along the way.

As you tour through Austria’s UNESCO listed Wachau region, you’ll pass castles and palaces embedded in a landscape of rolling vineyards and rugged peaks – overlooking the river, Melk Abbey is one of the most breathtaking monuments here and the grand dome of the basilica in Esztergom is a highlight before you cruise back to Germany.

Alternatively, travel on the MS Carissima which has a slightly different itinerary.

Day 4: Free day in Budapest or cycle to Szentendre

The MS Normandie is a comfortable boat with a panoramic salon and bar on the upper deck and restaurant on the main deck. On deck there are deck chairs and ordinary chairs and tables, perfect for relaxing and watching the scenery float past and chatting to fellow cyclists. There are 49 twin-bedded cabins, all with single beds and two single cabins. All have shower, wc, hairdryer, TV, safe, air-conditioning and a picture window. Cabin windows on the upper deck can be opened. *Guests in rear upper deck cabins will hear engine and generator noise when the boat is moving. 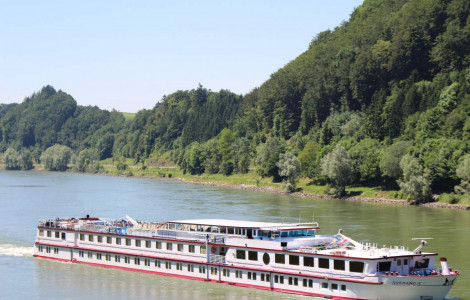 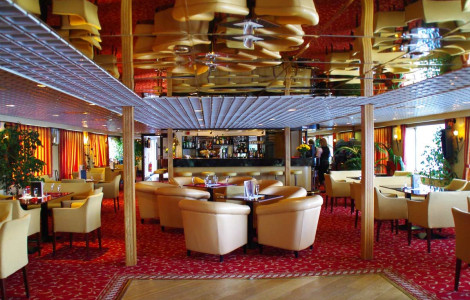 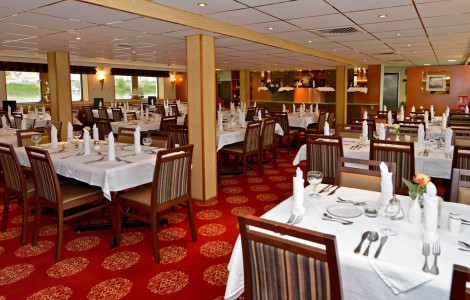 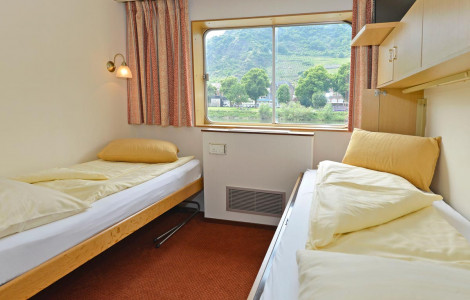 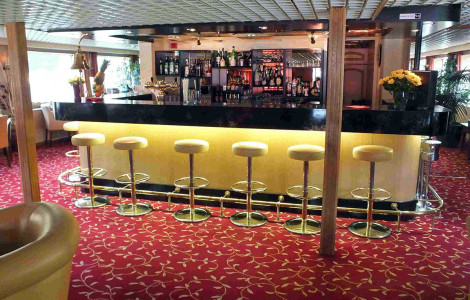 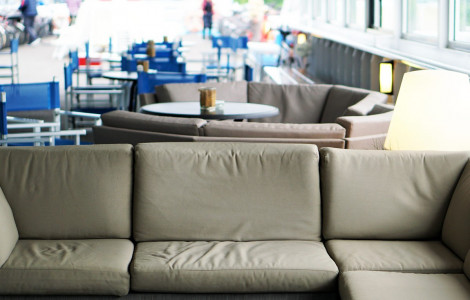 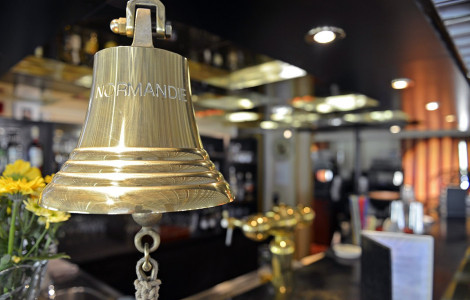 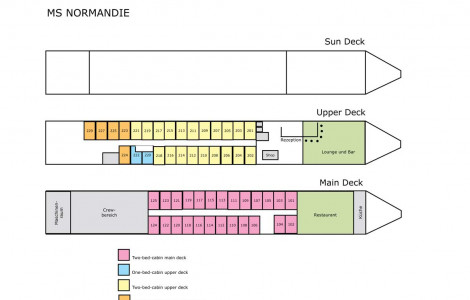 The Ms Arlene II is being refurbished for 2019 departures. The restaurant is on the main deck and the saloon/bar with panoramic windows is on the upper deck. The large partly shaded sun deck is a great place to relax on a deck chair and enjoy the scenery. The upper deck has 8 suites (15m2) with a twin bed and a panoramic floor to ceiling window. There are 16 upper deck twin cabins (10m2), six rear twin upper deck cabins (you will hear engine and generator noise when the boat is moving) and two upper deck single cabins (8m2) – both the twin and single cabins have windows that open . On the main deck there are 24 twin cabins with a ventilation window that partially opens. All the cabins are en-suite with a shower, hair dryer, TV, safe and air-conditioning. 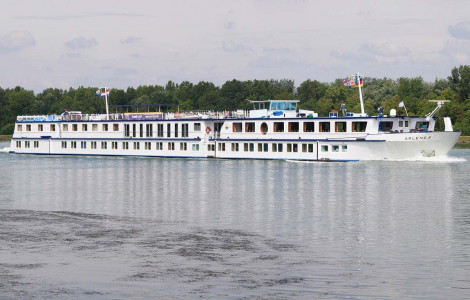 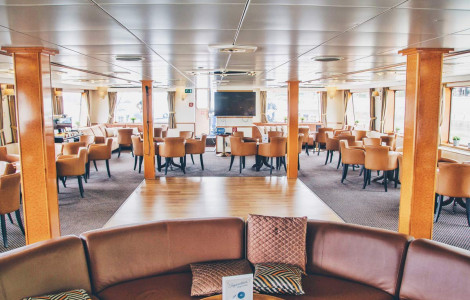 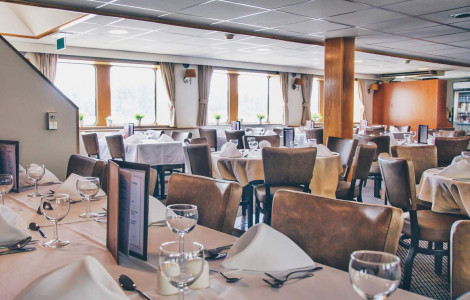 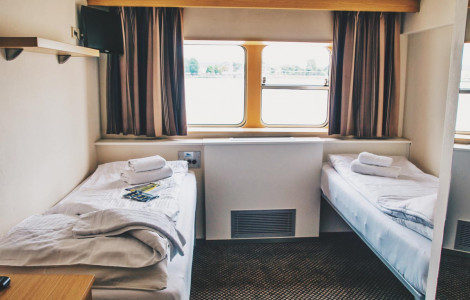 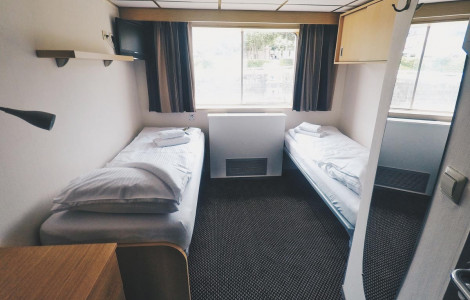 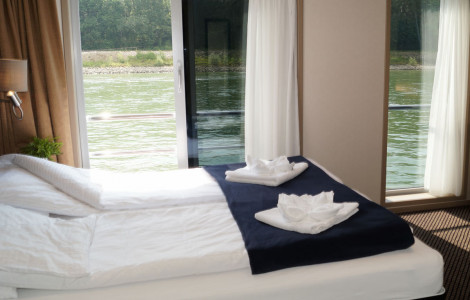 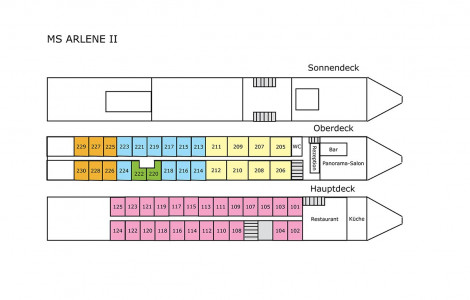 This classically elegant deluxe boat has a panoramic restaurant, saloon, two bars, a small shop, a hair salon and a large sun deck.  The cabins are approximately 11m² and are equipped with a private bathroom with a shower, hair dryer, TV, a small fridge, safe and air-conditioning. The upper deck cabins have a French balcony with floor to ceiling windows that can be opened. The main deck cabins have windows that do not open. 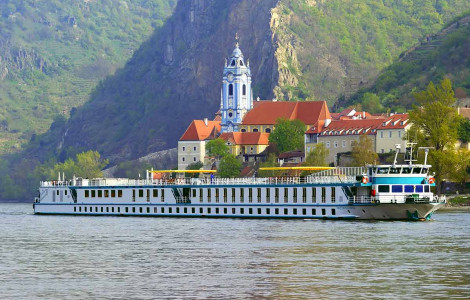 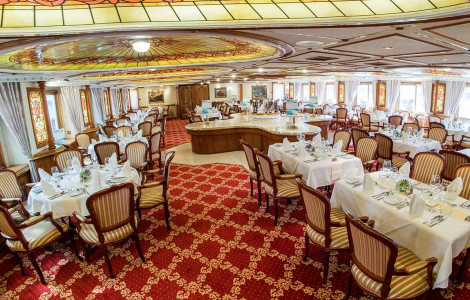 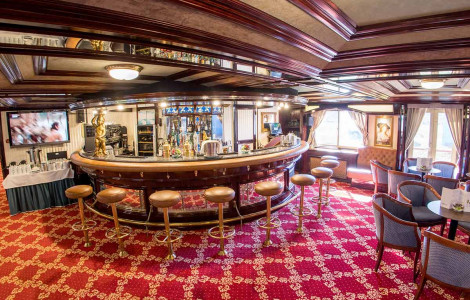 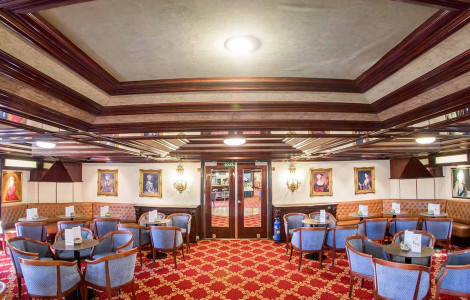 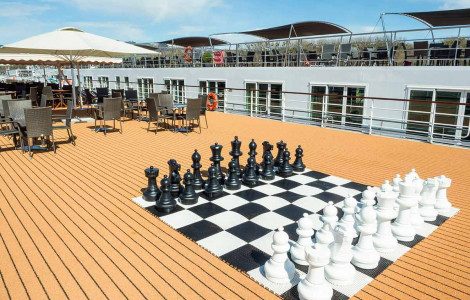 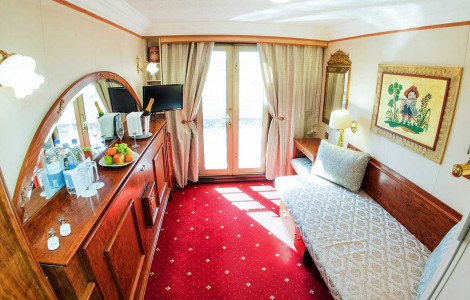 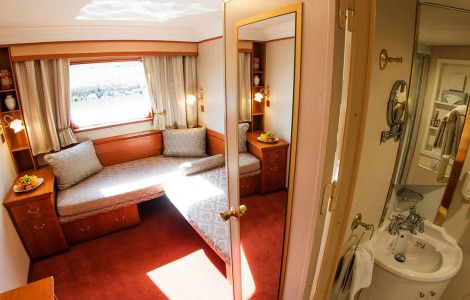 This deluxe boat was refurbished in 2019 and has an outdoor pool, a small wellness area with a sauna and whirlpool, panoramic saloon and bar, panoramic restaurant, library and a sundeck. All of the 75 cabins are approximately 14m² and are equipped with hotel beds, a private bathroom with a shower (four with bathtub), hair dryer, TV, minibar, safe and air-conditioning. The middle and upper deck can be reached by the lift. 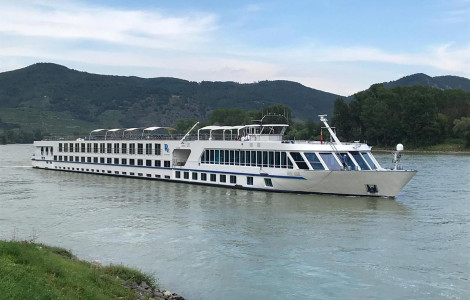 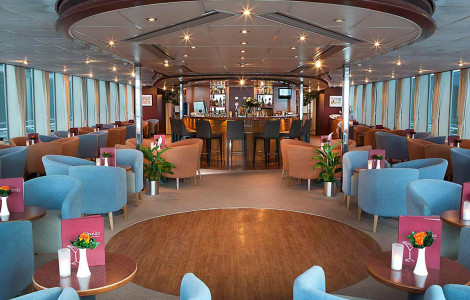 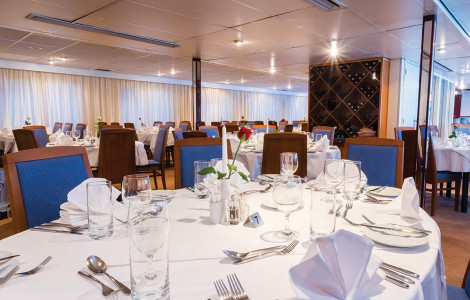 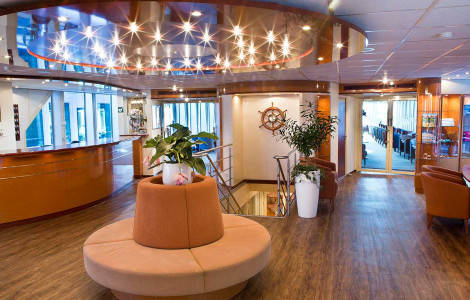 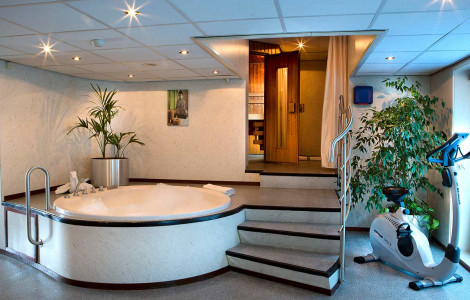 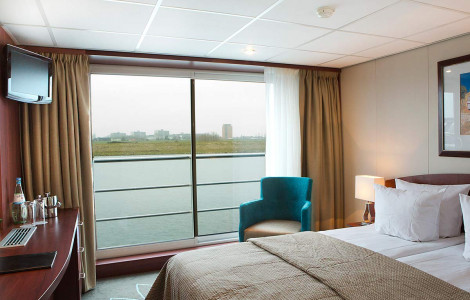 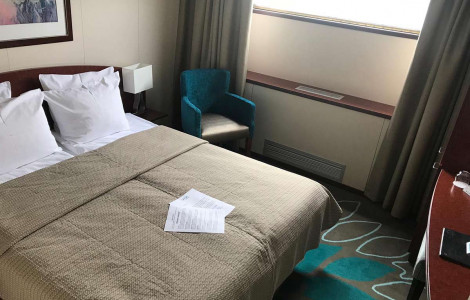 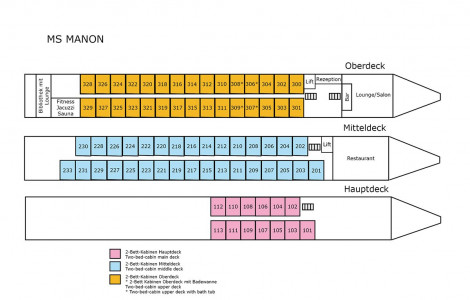 Board basis: Full board including breakfast, packed lunch (for cyclists) or light lunch on board (non-cyclists) and three course dinner

Coffee in the afternoon

Transfers to/from the docking in Passau

Pannier per bike and a handlebar bag and lock per cabin all included at no extra cost when you hire a bike.

Fly to Munich, Vienna or Linz, thenTake the train (ÖBB) to Passau.

Alternatively by train, take the Eurostar from London to Brussels, change for Frankfurt am Main and change for Passau.

Take the train (ÖBB) from Passau, then Fly from Munich, Vienna or Linz.

What is an ‘Easy’ cycle holiday?

Your days will involve gentle riding, mainly on flat terrain and with minimal effort required. Easy cycling holidays are suitable for most people whether you are a regular cyclist or not, however we recommend at least a few practice rides before your holiday!

Will the itinerary ever change?

For Boat & Bike tours the boat will generally keep to the advertised itinerary, however the captain may have to adapt the itinerary due to the river or sea conditions.

How much space will I have in my cabin?

There is limited space in the cabins, so pack light and take a soft suitcase.

What are the average temperatures for this tour?
Can I stay on the boat during the day and not cycle?

Yes, you can relax on the boat or explore when you arrive at each destination instead of cycling.

Can the boat cater for special dietary requirements?

Please advise us of any special requirements at time of booking and we will notify the boat operator in advance. Understandably, kitchen galley space is limited and it may not be possible to provide specialist products (eg. Gluten free). We suggest you bring a few items with you and, in some cases, these can be provided at a supplement.

Will I be cycling with other people?

Although there is no organised group, self-guided guests regularly find they come across their fellow passengers along the route during the day and may even get together to form their own cycling groups.

What does my on-board Tour Leader do?

Your on-board Tour Leader provides daily briefings ahead of the next day's ride. These are always beneficial, including information on the local area, main sights, and tips on good places to stop en route.

Can I book by myself?

Absolutely! Boat & Bike tours are very sociable and a good choice for single travellers wishing to mix with other guests and share your common interest of cycling.

Have another question? Get in Touch with us
loading...